It was back in 1979, when visiting the Music shop around the corner I heard the owner telling me about this magnificent new release, an LP from Pink Floyd called: The Wall. I was 11 and at the beginning I was impressed from the illustration of the cover and the strange hand written letters: The Wall.

A few minutes later I was listening the music for the first time and soon I was very impressed by the combination of the different melodies.

It took me some years to be really involved to the lyrics, to realize the complex ideas expressed and to become a fun.

This vinul LP has been played on my old record played numerous times and unfortunately at some point was lost, probably somewhere between moving to different homes… That made me sad and some years later I had to get the digital, CD, version that is still in my records collection. However I still miss the vinyl version of my youth.

To a certain extend, the fact that some years later I played the drums is very much a result of the sound of Nik Mason’s sound. Deep, with huge volume, strong body drum sound. Perfect for my ears…

Yesterday, on the 31st of July 2013, I had the opportunity to see live Roger Waters, performing “The Wall” and besides the perfect, impressive production of the show, I was again impressed by how much up to date is this whole thing. Especially for Greece. And him, Roger Waters, besides the fact that he is not young anymore, he seemed very much involved to the situation, he made a great effort to speak, quite a lot of, Greek and he did not hasiteted to say: “fuck the government” (yeah, I know he is a millionaire but still, he dares to speak some true stuff.)

Even after all those things that have happened, after the fact that European big powers are trying to stir the Greek people and claim rights over our country, the Greeks are still “Comfortably Numb”.

The ancient Greek philosopher Thucydides, some thousand years ago, has said: You will either be free or quiet. And this is something that we have to consider very seriously… 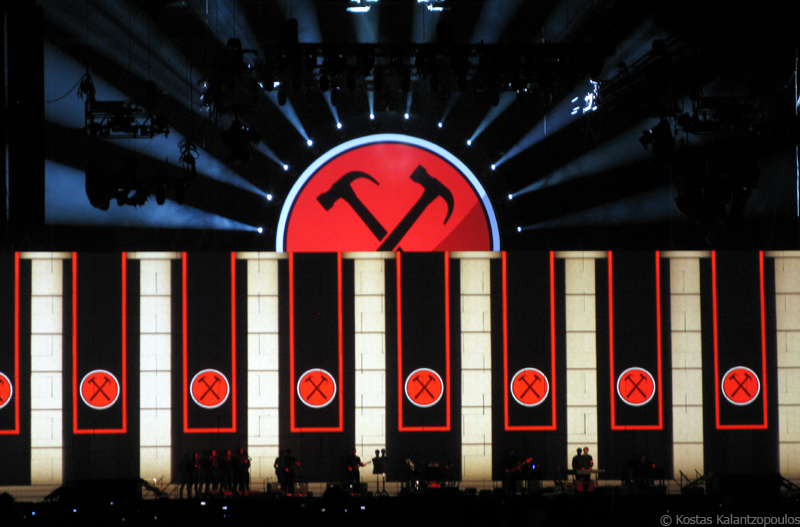