Italy, as every country has many hidden treasures and one of them is definitely Sassi of Matera. The city is located South West of Bari, and although it looks as an ordinary Italian city, it is not. Following the signs to Sassi the visitor stands in front of a very old town, one of the oldest in Europe, that consists of houses built almost inside the rock.

The sight was inhibited since the Palaeolothic era, signs of which are still present on the hill just opposite to the Sassi.

Many historical things can be read about Sassi, but for me, the most interesting thing that I have heared, is that people were living in this ancient city until mid ’40ies, at the same conditions as their ancestors centuries ago. It was until mid ’70ies that the situation was still similar and only the last years the area was developed.

Images following show the conditions inside a family house at Sassi, where people were sharing their home with horses, chickens and other animals. Very impressive if you think that this happened so recently in a well developed country like Italy.

The bed, placed as high as possible, in order to avoid humidity, animals, insects. The pot under the bed was for the evening relief… No toilet existed inside the house, so a similar bigger pot was used as a toilet. In order not to have smell inside the house a wooden cover was used.

The horse was living inside the house for the winter months. Behind you can see the chickens

The kitchen was using wood and fire to run

The loom was a necessity, in order to create any textile needed for the family 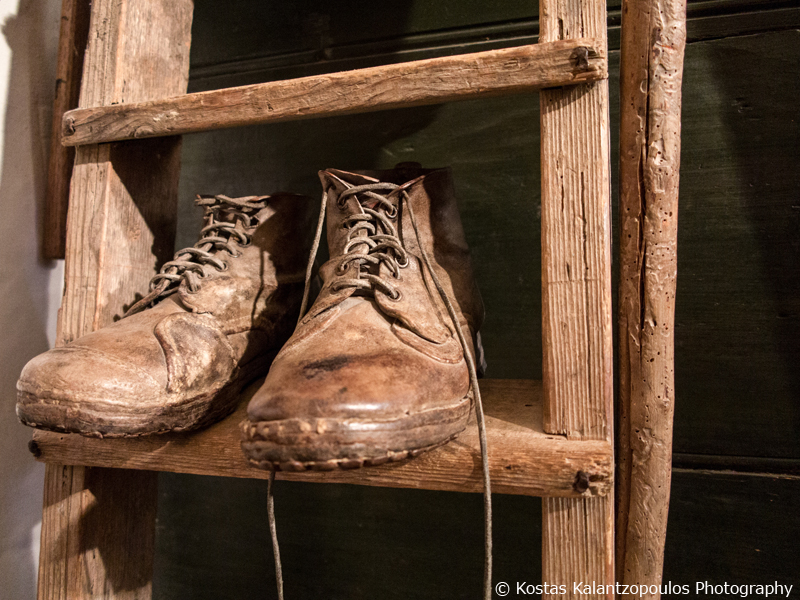 More info you can read here.