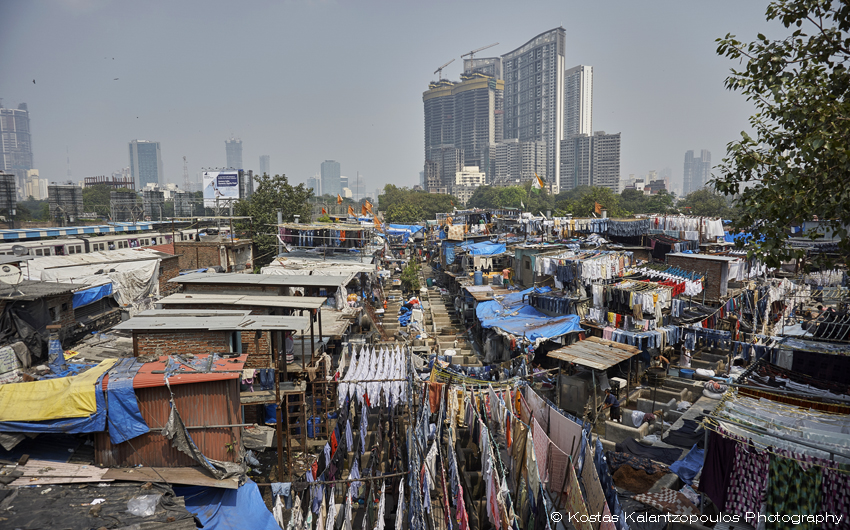 Dhobi Ghat is located in the middle of the city structure!

However, in the center of one of the biggest cities in the world, Mumbai, an open air laundry facility is attracting not only tourists, but a great portion of city’s… laundry.

Clothes are washed inside basins, by hand

Dhobi Ghat was introduced 140 ago and the workers in it (the Dhobis) are only men. They offer a pick-up service to collect the dirty laundry from hotels, homes, clothing industry (yes they provide “first washing” for new clothes), they clean them, mostly by hitting them against stones , they dry them in open air, they iron them using traditional coal iron and then they deliver them to the owners. Cost for a piece of clothing (ex. shirt or pair of trousers) is a couple of US dollars.

Washing is done in square basins and water is provided by the government.

Often you can see workers having a bath, after a whole day being arround water and dirty clothes

Workers at Dhobi Ghat work at father-son teams for about 14-16hrs per day and most of them earn about $10-$20 per basin. There are about 800 basins at Dhobi Ghat and each of them is used by a family. 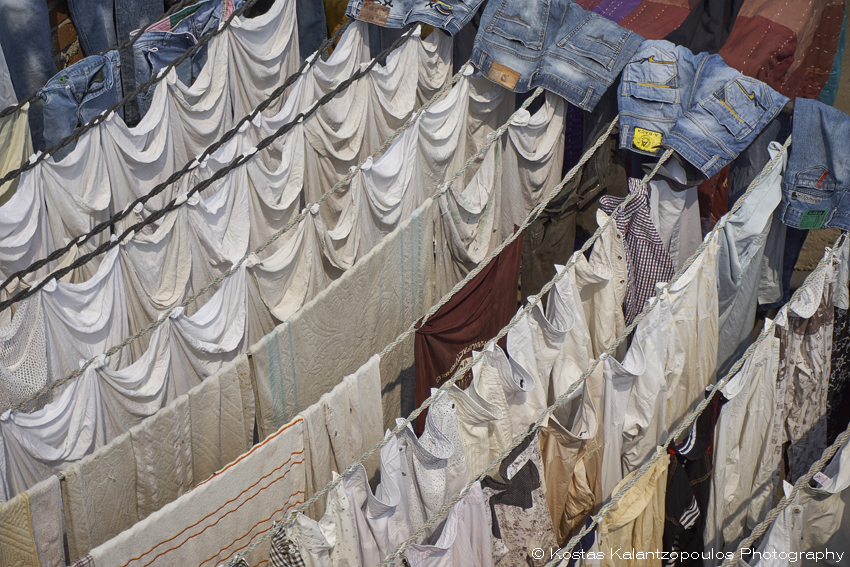 Each string consists of two ropes twisted together. Clothes are hanged by inserting the edges to between two ropes…! No need for clips

Dhobi is considered a separate cast and is existing all over India. It is like a union for workers in open air laundry facilities.

A very interesting experience to see… 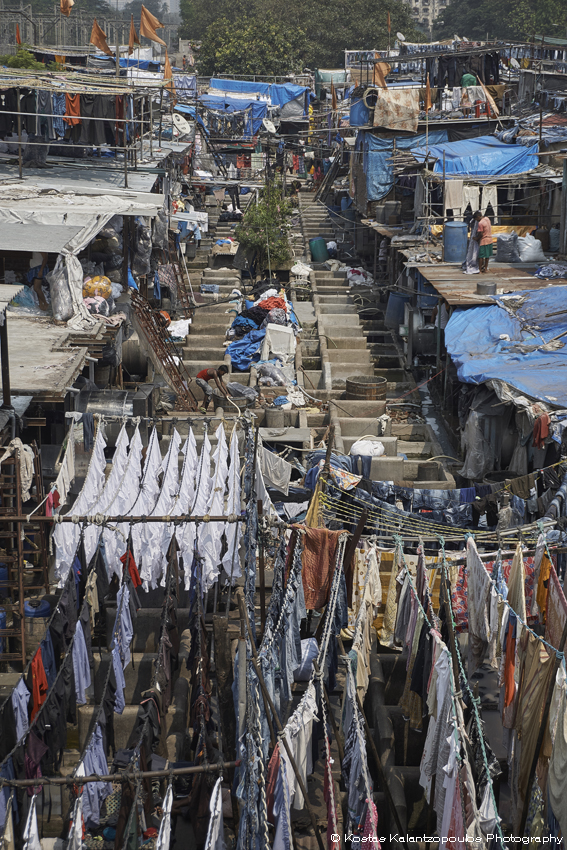 I would like to sincerely thank my company KTM South East Europe SA, also KTM AG and Barbara Kenedy and Ilia Condou, that contributed the most in order for this trip to become reality.